Attorney Goyen has been representing clients in personal injury cases since 1997 and is a Texas-licensed auto accident injury lawyer. Our injury lawyers have settled thousands of personal injury claims for our clients, totaling millions of dollars in settlements. We provide our clients with aggressive, experienced, and powerful representation. You can rely on us to obtain the compensation you are entitled to in your case.

WHAT KINDS OF EYE INJURIES CAN HAPPEN IN AN AUTO ACCIDENT? 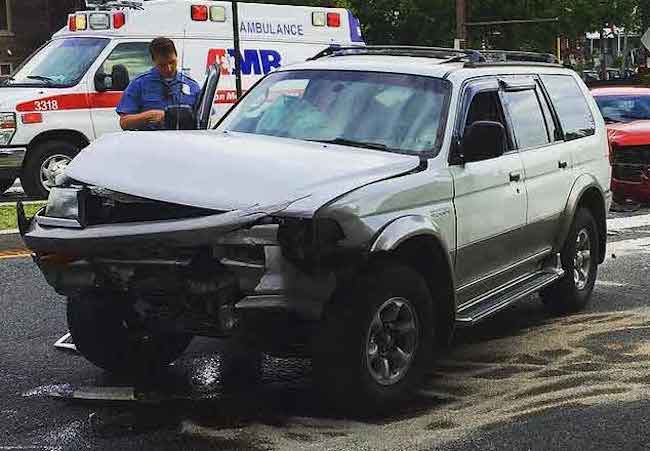 According to the National Institutes of Health, motor vehicle collisions are the leading cause of eye injuries in the United States. Every year, approximately 9,300 people are injured in car accidents, resulting in eye injuries. Temporary vision impairment or total vision loss can result from eye injuries.

TYPES OF EYE INJURIES FROM TRAUMA, INCLUDING AUTO ACCIDENTS

WHAT IS LEGAL BLINDNESS?

A person who has less than 20/200 corrected vision is considered legally blind. True, these people can still function in society and hold a variety of jobs, but they frequently require the assistance of special equipment or other people. These special accommodations must be factored into the plaintiff’s damages. In such cases, the aids may be more expensive than the revenue generated by the injured client, in which case the defense will argue that the individual should not be allowed to work.

In addition to past and future medical bills, physical impairment, disfigurement, and loss of consortium due to a serious eye injury, special consideration is often needed due to the damage done to a person’s earning capacity and to the mental anguish suffered due to any loss of sight or vision.

Lost Earning Capacity: Any loss of visual ability will result in some loss of earning capacity, even if there are no demonstrable actual income losses. Visual acuity (near and far vision), field of vision, depth perception, accommodation, and color vision are all examples of such losses.

Mental Anguish: Every loss of sight necessitates the services of psychologists, psychiatrists, and vocational specialists. The psychological impact is significant, and many people choose to isolate themselves after losing their sight. Suicide is on the rise. Early and intensive counseling will help the majority of victims alleviate some of their problems.

The challenge that an injured person faces is getting help as soon as possible. It can take a long time to receive financial assistance from a legal claim. The victim is left to seek whatever assistance is available through private savings and insurance, as well as government and charity programs. Because they are not always dependable, all of these sources will add to the victim’s mental anguish.

Blindness or even a diminished loss of vision can be a legitimate cause of future mental anguish. Furthermore, humiliation or embarrassment fall under the umbrella term of mental anguish and are compensable for future damages. Houston Lighting & Power Co. v. Reed, 365 S.W.2d 26 (Tex. Civ. App.-Houston 1963, writ ref’d n.r.e.).

If you are looking for an auto accident eye injury lawyer, call (972) 599 4100. We offer free phone consultations with a personal injury attorney. We also provide a free strategy session. The strategy session includes a summary of your case, legal issues involved, and legal issues we identify as being critical to maximizing the compensation owed.

Related Injury Pages:
Contact Us
Practice Areas
Client Reviews
★★★★★
You want a great lawyer who keeps you informed on whats going on speaks with you personally and gets the job done call Doug Goyen. He is excellent & very professional you wont go wrong choosing him!! Thanks again for all your help Mr. Goyen! Socorro V.
★★★★★
Very efficient staff. I am VERY pleased with this firm. Gina W.
★★★★★
Very professional job handling my accident claim. I had some ER bills, and some visits to my ortho after (and various other bills that kept coming in). I was afraid I was going to get stuck owing money, but Doug Goyen took care of the case and had everything paid, including compensating me for the injury. Great lawyer IMO. I felt like my case was taken care of very well. Thx!! Bernard M.
★★★★★
Doug is a great attorney. He took care of my auto accident claim promptly, and answered any questions I had. I also had one of my hospital bills go into collections for non-payment. I was able to contact Doug a year after the accident, and received a copy of the check the hospital claimed they didn’t receive. I highly recommend this guy. David J.
★★★★★
The Law Office of Doug Goyen helped me recovery every bit I was owed on my claim. Very happy I used them. They knew what they were doing, and kept me informed. I felt taken care of the whole way. You wont go wrong using them. Arthur H.
★★★★★
Mr. Goyen helped me take on my own insurance company, the great and mighty Allstate. My prior firm basically dumped me, with a permanent injury because the case didn’t meet their financial guidelines for a settlement. I was a bicycle rider hit by a car driver at an intersection, and Allstate was the company on BOTH SIDES OF THE CLAIM. My own insurance company tried to throw me under the bus to limit their payout! Without Mr. Goyen’s help, I would have been left with NOTHING! I had thousands of dollars in unpaid medical bills, unable to receive treatment to correct the issue. He was unafraid and helped me get the best settlement I could … I am tremendously thankful! Pamala M.
View More
Submit a Law Firm Client Review