Road Safety and Causes of Most Car Accidents

The Law Office of Doug Goyen represents people who have suffered personal injuries in car accidents. Driving safety tips in Dallas can help defensive drivers avoid auto accidents. As a Dallas, Texas car accident lawyer, we can assist with the property damage portion of the case. The Law Office of Doug Goyen does not accept automobile accident cases in which no one is injured. Attorney Goyen has been practicing as a Dallas personal injury attorney since 1997. Call us for a free phone consultation if you need a personal injury lawyer for your car accident case. There is no fee unless and until we win. 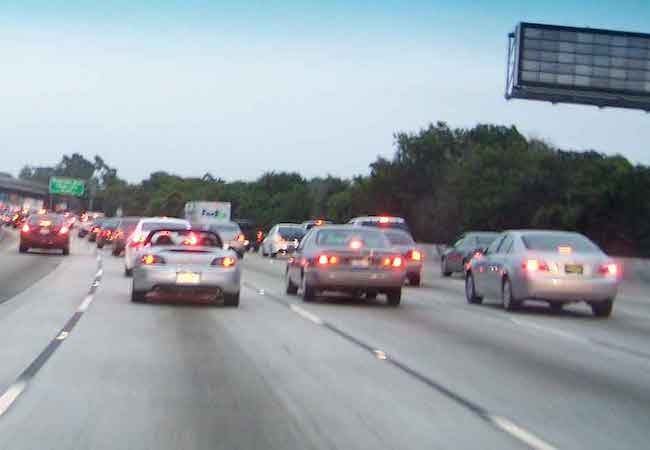 Regardless of your level of expertise behind the wheel, it is always good to remind yourself of a few safety tips while driving. The following are 10 excellent safety tips for drivers.

1. GET INTO THE HABIT OF DRIVING DEFENSIVELY

Always look for someone who is not paying attention while they are driving. Expect someone to run a stop sign, expect someone to try and beat a red light, expect that someone may pull from a side street into your path. Always drive defensively.

2. STAY AWAY FROM DISTRACTIONS

Many states in the United States have passed laws prohibiting the use of cell phones while driving. The reason for this is the number of deaths attributable to this seemingly innocuous activity. Furthermore, texting while driving can cause a large delay in reaction time.

3. DO NOT DRIVE WHILE INTOXICATED

A large portion of all auto accident fatalities in the United States is caused by drunk drivers. The vast majority of those fatalities could have been avoided entirely if the drivers involved had not gotten behind the wheel while intoxicated.

4. DO NOT DRIVE WHILE DROWSY

When a driver is tired enough to fall asleep while driving, the consequences are predictable. A sleeping driver will eventually drift off the road, even on a relatively straight highway, because driving in a straight path without constant adjustments is nearly impossible. Trees, utility poles, ravines, and bridge abutments make this a deadly scenario and that doesn’t even take into account other vehicles.

Drivers should maintain a safe distance between themselves and the vehicle in front of them, according to safe driving guidelines. Drivers must have enough time to react if a vehicle makes a sudden turn or stop. Because estimating recommended distances while driving can be difficult, and the exact distance would have to be adjusted for speed, most experts recommend a three-second rule.

6. KEEP AN EYE OUT FOR THE OTHER DRIVERS 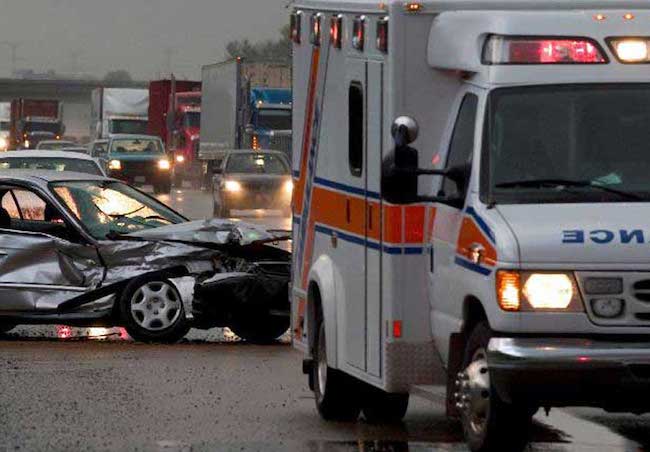 It doesn’t always matter how cautiously you drive. Even if you are driving the speed limit and following all traffic laws, someone else may collide with you. One good rule to follow is to assume that everyone else on the road is not paying attention. Expect unexpected lane changes, sudden stops, unsignaled turns, swerving, tailgating, and every other bad driving behavior imaginable. It’s best to be prepared.

8. BE EXTRA WARY DURING BAD WEATHER

Be extra cautious if you’re driving through fog, heavy rain, a snowstorm, or on icy roads. Make full use of all of the other suggestions presented here: Drive slower than the speed limit if necessary, leave plenty of space between yourself and the car ahead of you, and be especially cautious around curves. If you’re driving in weather conditions you’re unfamiliar with, consider delegating driving duties to someone who is. If the weather worsens, simply find a safe place off the road, such as a parking lot, and wait out the storm. Stopping alongside a road in bad weather increases your chances of being hit by someone who doesn’t notice your stopped vehicle.

9. DO NOT EXCEED THE SPEED LIMIT

Speed kills – every mile per hour over the posted speed limit increases your chances of being in an accident. People die in speeding accidents every year, with people who were not wearing seat belts accounting for many of those fatalities.

Vehicle maintenance is not only important for extending the life of your vehicle; it is also a major safety concern. Vehicle inspections, which are mandated by the state, address any maintenance issues. If your car is unsafe, the mechanic who inspects it will tell you what you need to do to fix it. However, because inspections can take a year or more, car owners must be aware of any potential safety issues and have them repaired before they cause an accident.

Unfortunately, many drivers disregard safety rules while driving, resulting in collisions. The majority of car accident injuries are caused by unsafe driving. Use these driving safety tips in Dallas to avoid accidents by driving defensively. If you have been injured by a negligent driver, please contact us at (972) 599 4100 so that an experienced, smart, and licensed Dallas personal injury attorney can assist you in recovering the compensation you deserve for your personal injury claim.

Causes of accidents: Accident is the most common term used to describe an automobile collision. Unfortunately, most accidents are more than just coincidental occurrences. In most cases, there is a lot that could have been done to avoid the collision. Collisions are almost always avoidable. The collision is usually the result of several conscious, risky decisions. Accidents are usually the result of poor decisions.

They are usually the result of someone purposefully breaking the law. The law is written in such a way that if a person follows the rules, accidents are far less likely to occur. Unfortunately, many people decide that the law does not apply to them or that it is too inconvenient to follow at this time. These people cause collisions that result in injuries, property damage, losses, and even death. Some people believe it is acceptable to speed, change lanes without looking, and not pay attention while driving (cellphone, radio, applying makeup, etc.).

Our law firm has been working on claims in the Dallas/Fort Worth area as a law firm since 1997, and Doug Goyen previously worked as a claims adjuster in the Dallas area from 1989 to 1997. We understand how to handle claims in the Dallas area. In today’s blame-shifting society, people who cause a car wreck often victimize you a second time by claiming that they aren’t responsible for the harm and losses they caused by breaking the law. If you require the services of a car accident attorney, please contact us at (972) 599 4100.

ACCIDENT INJURY ADVICE ON WHAT TO DO AFTER A COLLISION

1. Maintain your cool. Car accidents are usually unexpected and traumatic events, especially if you are injured.

2. Call 911 and have the police dispatched to the scene. You must submit a written report. Police officers will frequently want to exchange information with you without writing a report. Insist on a written report, particularly if you have been injured. If the officer does not write down the details in a report, he will forget them later.

3. Obtain any witnesses’ names, addresses, and phone numbers. Don’t wait for volunteers to come to you; they may assume you’ve already witnessed and proceed. Gather the information of anyone who is a witness to what happened or who witnessed the other driver admitting fault. You will almost certainly need to provide it to the insurance company later. After leaving the scene of an accident, people frequently change their stories. Without witnesses, car accidents frequently devolve into cursing matches (which means the insurance company will not pay).

WHAT CAN YOU RECOVER IN AN AUTO ACCIDENT INJURY CLAIM?

The following are examples of damages that are frequently recoverable in personal injury cases:

Contact us to discuss your claim. We frequently take on cases that other law firms turn down. Other law firms frequently lack the personnel necessary to properly evaluate auto cases and pursue the appropriate insurance coverage that will cover your claim. The call is free; let us know if we can assist you.

Doug Goyen has been a personal injury attorney in Dallas since 1997. Doug Goyen worked as an insurance adjuster for major insurance companies for over 7 years before becoming a lawyer. Doug Goyen graduated from Southern Methodist University’s Dedman Law School in 1997 and has represented thousands of people and families of people who have been injured or killed as a result of the negligence or wrongful acts of others. Doug Goyen, a Dallas, Texas car accident lawyer, has the experience, knowledge, and ability to assist auto accident victims in recovering full compensation from the insurance companies involved. Attorney Doug Goyen has also represented thousands of clients in trials, hearings, and other proceedings in a wide range of criminal matters. Doug Goyen is a member of the Texas Trial Lawyers Association (TTLA), the Dallas Trial Lawyers Association (DTLA), and the Christian Trial Lawyers Association (CTLA).