Attorney Goyen is a Texas-licensed Dallas car crash attorney who has been handling personal injury cases since 1997. We represent clients in need of the services of a road rage injury lawyer. We provide our clients with aggressive, experienced, and powerful representation. You can rely on us to obtain the compensation you are entitled to in your case. There is no charge unless and until we win!

Road rage is involved in one out of every three collisions. There is no denying that aggressive driving increases the likelihood of being involved in a road rage accident. However, you may be surprised to learn that road rage is the cause of nearly one out of every three car accidents. Road rage behavior, such as illegal maneuvers, speeding, tailgating, and changing lanes without signaling, is responsible for one-third of all car accidents.

According to the National Highway Traffic Safety Administration (NHTSA), human error is responsible for more than 94 percent of driving incidents involving crashes.

The Law Office of Doug Goyen assists people who have been injured in accidents in recovering from the consequences of the accident. We help our clients recover the costs of their ambulance ride, hospital stay, emergency room doctors, and other medical expenses incurred as a result of the accident.

If our clients were unable to work due to their injury, we can help them recover lost income from their auto insurance company. We assist clients in obtaining compensation from the insurance company for vehicle damage, towing charges, storage fees, and rental car expenses. We help our clients recover out-of-pocket expenses incurred as a result of the accident.

We help our clients obtain the maximum settlement amount for their pain and suffering, physical impairment, disfigurement, and other accident-related damages.

Contact the Law Office of Doug Goyen at (972) 599 4100 so that a personal injury attorney can assist you. The consultation is free, and you will not be charged unless you win! 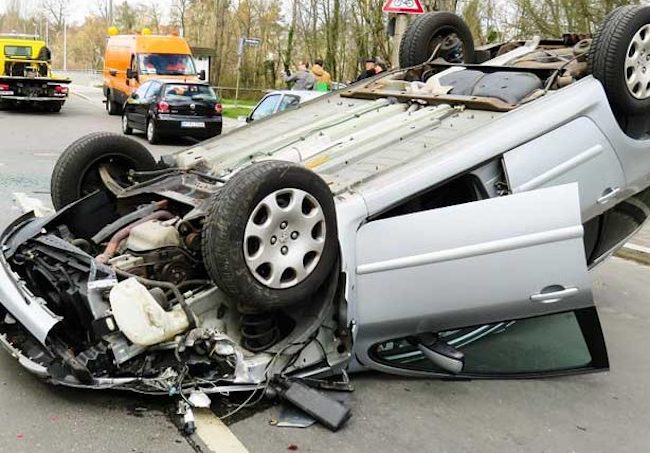 People who are involved in a car accident may sustain injuries as a result of another driver’s “road rage.” The majority of us have seen it. Another driver acts out their rage by slamming on their dashboard, screaming at another driver, weaving in and out of traffic to catch up to another driver, and frequently swerving towards another driver.

Sometimes a road rage driver will intentionally ram into another vehicle, but more often than not, the road rage driver was trying to scare the other driver and in doing so lost control of their vehicle and caused an auto accident – or caused the accident by causing another person to lose control through their aggressive driving.

If the insurance company learns that their driver was experiencing road rage at the time of the accident, the insurance adjuster will contact the accident victims to see if they believe their driver intentionally caused the collision. Most likely, you have no idea whether the road rage driver intended to hit your vehicle or simply lost control of their vehicle while driving during their road rage incident.

The Issue of Intentional Acts in Automobile Accident Injury Cases:

When someone is driving recklessly, usually all you know is that the other driver intended to blow through a red light, drive extremely fast, or weave dangerously in and out of traffic. The reckless driver was most likely not intending to cause the collision – or, at the very least, they were not intending to cause an auto accident. All you know is that they violated the traffic laws. They were probably driving recklessly to see if they could get away with it – not with the intent of causing an accident, but because they were late or angry about something.

The Value of a Road Rage Personal Injury Claim

Evaluating a personal injury claim caused by someone’s negligent behavior during a bout of road rage entails a Dallas personal injury attorney evaluating several different aspects of a claim in order to make sense of how the evaluation process is carried out.

The ability to pay (insurance), negligence (what the person did that caused the injury), damages (what harms and losses did the negligence cause), and liens are some of the first things you look at (what is owed out of the settlement to others).

Summary: The value of your case to you is determined by whether there is an ability to pay for the injury caused; if so, determine what type of wrongful act was committed (how egregious was it, would it make a person who didn’t know anyone involved in the case angry that they did such a horrible thing, or is it the type of negligence that is often referred to as “just an accident”); next, assess the harms, losses, and damages that were caused by the wrongful act. Finally, see who is required to be paid back in the form of liens (Medicare, Health Insurance, Hospital liens, etc.) – as this money is frequently taken from your settlement to satisfy the liens – whether you want it taken out or not.

The Law Office of Doug Goyen has extensive experience handling personal injury cases over the years. Please contact us at (972) 599 4100. We can deal with all the moving parts of an injury claim. If you need a road rage injury lawyer, then our Dallas auto accident attorney can get started on your case today.

Personal Injury Community Pages:
Contact Us
Practice Areas
Client Reviews
★★★★★
You want a great lawyer who keeps you informed on whats going on speaks with you personally and gets the job done call Doug Goyen. He is excellent & very professional you wont go wrong choosing him!! Thanks again for all your help Mr. Goyen! Socorro V.
★★★★★
Very efficient staff. I am VERY pleased with this firm. Gina W.
★★★★★
Very professional job handling my accident claim. I had some ER bills, and some visits to my ortho after (and various other bills that kept coming in). I was afraid I was going to get stuck owing money, but Doug Goyen took care of the case and had everything paid, including compensating me for the injury. Great lawyer IMO. I felt like my case was taken care of very well. Thx!! Bernard M.
★★★★★
Doug is a great attorney. He took care of my auto accident claim promptly, and answered any questions I had. I also had one of my hospital bills go into collections for non-payment. I was able to contact Doug a year after the accident, and received a copy of the check the hospital claimed they didn’t receive. I highly recommend this guy. David J.
★★★★★
The Law Office of Doug Goyen helped me recovery every bit I was owed on my claim. Very happy I used them. They knew what they were doing, and kept me informed. I felt taken care of the whole way. You wont go wrong using them. Arthur H.
★★★★★
Mr. Goyen helped me take on my own insurance company, the great and mighty Allstate. My prior firm basically dumped me, with a permanent injury because the case didn’t meet their financial guidelines for a settlement. I was a bicycle rider hit by a car driver at an intersection, and Allstate was the company on BOTH SIDES OF THE CLAIM. My own insurance company tried to throw me under the bus to limit their payout! Without Mr. Goyen’s help, I would have been left with NOTHING! I had thousands of dollars in unpaid medical bills, unable to receive treatment to correct the issue. He was unafraid and helped me get the best settlement I could … I am tremendously thankful! Pamala M.
View More
Submit a Law Firm Client Review