Attorney Doug Goyen is a Dallas Personal Injury Protection lawyer who has been licensed in Texas since 1997 and has decades of experience representing individuals in personal injury-related cases throughout Texas. Thousands of cases have been successfully negotiated, litigated, tried, and settled by our personal injury attorney. He has gotten his clients millions of dollars in compensation.

Our clients are well-represented by the Law Office of Doug Goyen. Our knowledge, experience, and desire for justice for our clients enable us to achieve proven results in their cases. Please contact us at (972) 599 4100. Our auto accident attorneys will begin working on your case right away.

If you answered yes to any of the above questions, you should contact the Law Office of Doug Goyen. We deliver results to our clients. The Law Office of Doug Goyen has handled thousands of auto accident injury cases and recovered millions of dollars for our clients. We have also helped countless people with their Personal Injury Protection (PIP) cases after insurance companies wrongfully denied coverage. If you need a Dallas Personal Injury Protection lawyer for your auto accident injury call us at (972) 599 4100 or use our website contact form to see if we can assist you. 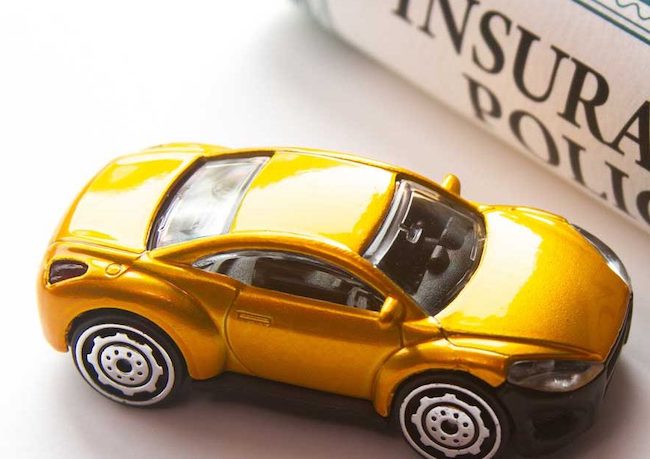 Most people have $2500 in PIP (Personal Injury Protection) coverage – this is the minimum coverage required to be “offered” in Texas when you buy an auto insurance policy. Personal injury protection (PIP) pays for not only medical bills, but also up to 80% of lost income and reasonable household duties (for example, if you couldn’t mow your lawn because of your injury, it would pay for you to hire someone to do it for you if you were doing it yourself before). Purchase as much PIP coverage as your insurance company will allow you to. Most will sell you at least $10,000.00 in PIP coverage, and some will sell you even more.

Section 1952.153 states that the maximum amount of PIP coverage that an insurance company is required to provide is $2500.00 – they can provide more, but that is the bare minimum. In most cases, PIP covers up to $2500.00 (all combined) in medical bills, lost wages (80%), and reasonable household duties that could not be performed due to an injury (in other words, if you had to hire someone to mow your lawn due to your injury when you regularly did it yourself). Many insurance companies will also sell up to $10,000.00 in PIP coverage if requested – there is no maximum amount; an insurance company may sell you as much PIP coverage as they are willing to sell at or above $2500.00, but they must offer a minimum of $2500 in coverage. To protect yourself in the event of an automobile accident, you should obtain as much PIP coverage as your insurer will sell you. It is a good coverage that comes in handy if you are injured in a car accident.

What is the procedure for PIP? Personal Injury Protection, or PIP, is a state-mandated insurance policy in Texas.

PIP is a type of “no-fault” insurance. Texas has made PIP “no-fault” by stating that the insurance company cannot “subrogate” (collect) against any other insurance in order to recover their money. This means that the amount of money received through your PIP coverage should not affect your liability settlement with the liability insurance of another person. Section 1952.155(b) of the Texas Insurance Code states that “…an insurer paying benefits under coverage required by this subchapter does not have a right of subrogation.”

PIP Carriers: Because PIP insurance carriers are not permitted to subrogate, the amount they pay should have no bearing on the amount you receive in your settlement from the liability carrier.

The Collateral Source Rule and PIP: PIP must be paid regardless of whether there is a collateral source of the medical, hospital, or wage continuation benefits. 1952.155(a)(2) of the Texas Insurance Code. The collateral source rule has been incorporated into PIP coverage by this statutory language.

The collateral source rule is a Texas rule that states that a jury cannot consider whether insurance has paid any portion of a claim or not. As a result, the number of actual damages is the only thing introduced in a trial to prove injury damages. At the start of a personal injury trial, judges will tell jurors that they are not to consider whether or not there is insurance in the case.

Tort laws are ancient in origin. To understand the reasoning behind certain tort concepts it is helpful to understand the history of Tort Law, which derives from several sources. One of the earliest known is Roman Law under the concept of “Delict“.

In Roman law, a delict is an obligation to pay a penalty because a wrong was committed. In modern usage in countries that derive their law from Roman law, delict refers to a civil wrong, corresponding to tort in Anglo-American law. The Roman civil law of delict was primarily punitive, with fines understood as compensation, often at double and triple damages, and paid to the injured person rather than the state. The Twelve Tables, the earliest codification of Roman law (451–450 BC), depicted the law in a state of transition from a system of private vengeance to one in which the state insisted that the person wronged accept compensation rather than taking vengeance and fixed its amount.

These same ideas are still used today: the law should be fair in order to prevent people from seeking vengeance – taking the law into their own hands – for wrongs done.

The following are reasons and logic used for the collateral source rule.

The Law Office of Doug Goyen advises you to include Personal Injury Protection in your auto insurance policy. Due to the rise in the cost of medical bills over the years, we recommend that you carry $10,000.00 in coverage. I was working as an insurance adjuster for GEICO in 1989, and the minimum limit for PIP at the time was $2500.

The minimum limit is still $2500 today – over 30 years later. You can imagine that in 30 years, the cost of medical care will have risen to the point where you should have at least $10,000.00 in PIP coverage. Carry PIP on your auto insurance if you carry the minimum, but even the minimum $2500.00 can help with out-of-pocket costs from your injuries, so carry PIP.

Should You Retain the Services of an Attorney?

Yes, if you are unsure you should consult with a personal injury attorney. If it is too small of an amount to be financially worth pursuing, they will tell you because they do not want to waste time on cases that you can easily handle yourself. If the situation is more complicated, a lawyer may advise you to hire them.

If you have been injured and need to file a claim for your injuries, you should at the very least consult with an attorney who is familiar with the process and pitfalls of filing an auto accident and injury claim. With all of the different types of insurance that may be available for an auto accident, you should consult with an attorney who understands how it works and how to submit your claims on your behalf – so you recover the full amount you are entitled to, and so you do not jeopardize any insurance policy or coverage you have by submitting the claims incorrectly.

Contact us today to speak with a Dallas Personal Injury Protection lawyer. Call the Law Office of Doug Goyen at (972) 599 4100 for a lawyer who is licensed, has over 23 years of experience in injury matters, and worked for the automobile insurance industry as a claims adjuster for 7 years prior to becoming an attorney. We can assist.

If you or someone you know needs help with an injury case, call (972) 599 4100 for a free consultation and strategy session with our auto accident attorney. We summarize your case in an easy-to-understand format as part of our strategy. (You can use this when discussing the case with other attorneys if you decide to do so.) We identify the legal issues at stake. We determine which legal issues will help you achieve the best results. Whether you hire us or not, if you want a copy of the strategy session, we will email it to you. If you want a second opinion on your case, you can use it to compare it to other law firms.

OUR AREAS OF PRACTICE

The Law Office of Doug Goyen handles personal injury cases throughout Texas. This includes auto accidents (car accidents, 18-wheeler accidents, motorcycle accidents, pedestrians struck by vehicles, and bicyclists struck by autos), premises cases (such as injuries caused by a dangerous condition on a property), dog bite cases (or other animals where the owner let their animal loose or had a dangerous animal and the owner’s negligence causes injury to someone else), and work accidents.

We do not provide Personal Injury Protection Coverage for any person for bodily injury sustained: