If you are injured as a result of someone else’s carelessness and failure to share the road safely, you may be able to seek compensation from them. The Law Office of Doug Goyen is a Plano auto accident attorney that can help you fight for the best possible outcome. We can put you in touch with a Plano lost income lawyer.

A significant number of car accidents result in lost wages. When a person is injured and unable to work, he or she loses time and money from that work. This is just one of many reasons why people should seek compensation after being injured in an accident. The Law Office of Doug Goyen has been handling personal injury cases for over 23 years. We will immediately begin working on your case, providing expertise and strong representation. For a free case review, please contact us at (972) 599 4100.

It can be difficult to obtain the full amount of compensation that you are entitled to after an auto accident. However, an experienced Plano injury lawyer at the Law Office of Doug Goyen can help you with your case and get you the money you are owed under Texas law.

Types of Lost Income That Can Be Compensated in Texas 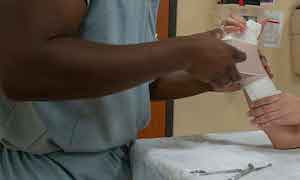 People injured due to negligence often have lost income. When you are looking for a Plano lost income lawyer due to an auto accident, you need to hire a personal injury lawyer that handles motor vehicle collision cases. Wages lost in a personal injury or wrongful death lawsuit can cover a wide range of expenses, including:

Determining how much money you should be paid can be difficult, especially when you have a lifetime of lost income to account for. Expert witnesses can be hired to provide the insurance company or jury with an estimate of the future value of your wages that you will no longer be able to earn.

In Texas, the law allows recovery of Lost Income or Lost Earning Capacity

The following factors are considered in the event of a loss of earning capacity: 1) endurance; 2) weakness and degenerative injury as a result of the injury; 3) pain tolerance, and 4) efficiency.

Even if a plaintiff has not suffered a direct loss, he may recover loss of earning capacity under the following conditions:

A claim for loss of earning capacity for a minor must be made by the minor’s parent.

All factors are considered when determining the loss of earning capacity.

The term “loss of earning capacity” refers to a claim for the ability to earn money rather than actual past lost income. The plaintiff, on the other hand, bears the burden of demonstrating how to calculate their loss of earning capacity. This can be simplified by comparing earnings before and after the injury.

How to Prove Lost Earning Capacity When Self-Employed

Self-employed individuals can use methods of proof such as comparing the amount of money they would have made if they had worked for another company doing the same work instead of for themselves. Before and after comparison of business returns and financials Profits were lost as a result of being unable to continue working normally. The cost of employing someone to perform the Plaintiff’s work.

You must demonstrate the value of the self-employed worker’s services with a reasonable degree of certainty (which varies by the case).

Cases in which loss of earning capacity was not allowed: Plaintiff was receiving a draw from his business (but did not testify about any type of loss). Plaintiff turned down nine construction jobs but provided no evidence of what the profits were supposed to be on those jobs. The retired person stated that he “might” work again in the future, but he never stated that he was looking for work prior to or during the injury period, or that he had any plans to work during that time.

Evidence of Loss of Earning Capacity:

Previous jobs and earnings; tax records; education and training; fringe benefits; and reasonable opportunities for advancement and promotion are all examples of evidence of loss of earning capacity.

The collateral source rule forbids mentioning welfare, Social Security, workers’ compensation, or other similar programs. The jury is not permitted to consider whether or not the award is taxable. (Of course, under the law, the court reduces the award to 80%, ostensibly to account for the tax issue.) Based on hearsay evidence, experts (economists) may testify about lost earning capacity.

A Plano Injury Lawyer Can Assist You in Recovering Lost Wages

Our Plano auto accident attorney can get compensation for your lost wages by negotiating a settlement outside of court. Most of the time, the person or entity that caused your accident will have insurance, such as auto insurance or homeowner’s insurance, that will cover your losses. This means you’ll almost certainly be negotiating your settlement with the insurance company.

Because you cannot go back and try to get more money after signing a settlement agreement, the settlement must cover all of your losses. This is why you should never sign a contract or settle a case without first having an attorney review it and negotiate the best possible recovery for you.

Taking your case to court is another option for obtaining monetary compensation. You will need to demonstrate that the defendant was at fault for the accident and the extent of your losses, including the amount of money you are unable to earn or were prevented from earning as a result of your injuries.

If you are needing a Plano lost income lawyer, an injury lawyer at the Law Office of Doug Goyen can help you with all aspects of your injury claim, whether you settle or sue for the most compensation possible.

Call us today to learn more about how we can assist you with your claim. Our firm represents personal injury victims in Plano and throughout Texas.