20+ Years of ExperienceGetting Compensation For Our Clients contact us now
Home
Practice Areas
Dallas Personal Injury Lawyer
Car Accidents
What Can You Recover in an Injury Case?
Proving Lost Income or Earning Capacity

If you are injured because someone else is careless and does not share the road safely, you may be able to seek compensation from them. The Law Office of Doug Goyen's personal injury attorney can assist you in fighting to maximize your recovery. If you need to speak to a lost earning capacity lawyer in Dallas, we can help.

A large percentage of auto accidents result in lost income. A person is injured, unable to work, and thus loses time and pay from that work. This is just one of many reasons why people are entitled to compensation after being injured in an accident. For over 23 years, the Law Office of Doug Goyen has handled personal injury cases. We will begin working on your case right away, providing expertise and strong representation. Call us at (972) 599 4100 for a free case review. 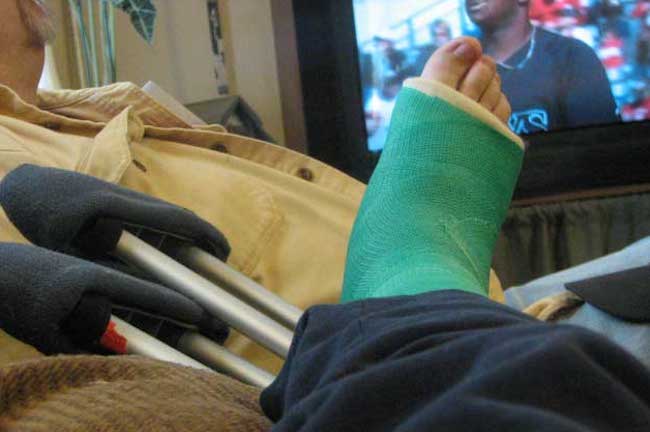 Past Lost Earning Capacity: Loss of past earning capacity is the diminished capacity to earn a living during the period between the injury and the date of trial. Bituminous, 223 S.W.3d at 491. The controlling questions are a) what was the plaintiff’s capacity to earn, and b) what extent was that capacity impaired by the injury. A recovery of damages for loss of earning capacity is not a recovery of actual earnings lost. Pilgrim’s Pride Corp. v. Cernat, 205 S.W.3d 110, 120 (Tex.App.-Texarkana 2006, pet. denied); Stauss, 67 S.W.3d at 435, Davenport, 780 S.W.2d at 832. Damages can be recovered for lost earning capacity from an occupation even if the person never actually earned income from that occupation before their injury. Pilgrim’s Pride, 205 S.W.3d at 120 (evidence supported lost-earning-capacity damages for P who did occassional mechanic work but was not employed as a mechanic).

Evidence of Net Loss: To support an award of loss of earning capacity (both past and future) the plaintiff must introduce evidence of the loss in the form of a net loss after reduction for income-tax payments or unpaid tax liability under federal income-tax law. Tex. Civ. Prac. & Rem. Code section 18.091(a). The jury must also be instructed on whether any damages the plaintiff may recover are subject to federal or state income taxes. Texas CPRC 18.091(b).

In the event of a loss of earning capacity, the following factors are taken into account: 1) endurance; 2) weakness and degenerative injury as a result of the injury; 3) ability to work with pain; and 4) efficiency.

Even if a plaintiff has not suffered a direct loss, he may still recover loss of earning capacity in the following circumstances:

A minor’s claim for loss of earning capacity must be made by the minor’s parent.

In determining the loss of earning capacity, all factors are considered.

Methods of proof for self-employed individuals include comparing the amount of money he would have made if he had worked for another company doing the same work instead of for himself. Comparison of business returns and financials before and after. Profits were lost due to the inability to continue working normally. The cost of hiring someone to do the Plaintiff’s work.

You must demonstrate the value of the self-employed worker’s services with some degree of certainty that is susceptible (which varies by the case).

Cases where loss of earning capacity was not permitted: Plaintiff was receiving a draw from his business (but did not testify about any type of loss). Plaintiff turned down nine construction jobs but provided no evidence as to what the profits on those jobs were supposed to be. The retired person testified that he “might” work again in the future, but he never stated that he was looking for work before or during the injury period, or that he had any plans to work during that time.

Jobs held in the past and the amount earned; tax records; education and training; fringe benefits; and reasonable opportunities for advancement and promotion are all examples of evidence of loss of earning capacity. Our personal injury attorney has the experience to produce the evidence needed to get all your damages paid, including lost earnings related damages.

How the Collateral Source Rule is Considered

The collateral source rule prohibits mentioning payments from welfare, Social Security, workers’ compensation, and other similar programs. The jury is not permitted to consider whether the amount awarded is taxable or not. (Of course, by law, the court reduces the award to 80% – ostensibly to account for the tax issue.) Experts (economists) may testify about lost earning capacity based on hearsay evidence.

Those who have lost income as a result of an accident deserve to be compensated for their losses. For a free phone consultation and strategy session, call (972) 599 4100 to speak to our Dallas car crash attorney about your lost income situation from your accident. A summary of your case, identification of the legal issues involved in your case, and identification of which legal issues are most important to maximize recovery in your case are all part of the strategy session. We will email you a copy of the strategy session for your records. You can contact our Dallas accident lost income attorney on our website contact form as well.

Testimonials and Case Studies: (Click the following link for examples of cases we handle: Case Studies)

Please Review us at: