20+ Years of ExperienceGetting Compensation For Our Clients contact us now
Home
Practice Areas
Dallas Personal Injury Lawyer
Car Accidents
What Can You Recover in an Injury Case?
Proving Physical Impairment

The Law Office of Doug Goyen is a Dallas car accident law firm. We seek compensation for accidents-related injuries, including physical impairment. If you need a physical impairment accident lawyer, and have been injured as a result of someone else’s negligence, call our office today to learn more about your legal options. We will begin working on your case right away. For a free consultation, call (972) 599 4100.

PHYSICAL IMPAIRMENT AS A RESULT OF AUTO ACCIDENTS

Some courts in Texas have equated physical impairment to “loss of enjoyment of life”. Golden Eagle Archery, Inc. v. Jackson, 116 S.W.3d 757, 766 (Tex. 2003). Damages for physical impairment cover a person’s inability to do things they normally enjoyed doing before their injury outside of work (which is covered by lost earning capacity), and outside of living pain free. The inability to play a sport, go for walks, read literature for enjoyment, mow their own lawn, or other activities done for enjoyment in life, but not done for earning a living. 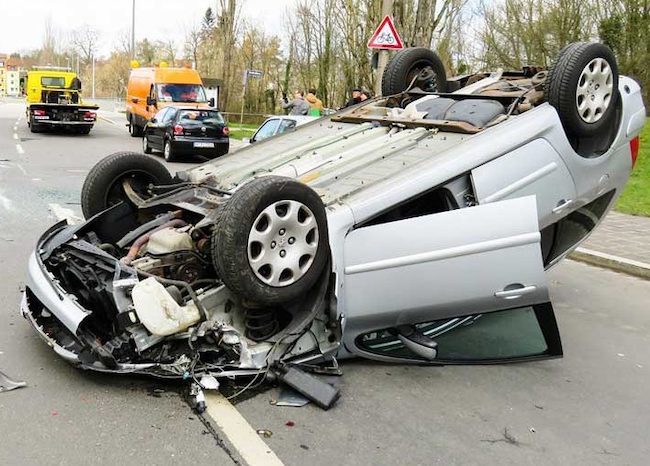 The majority of Texas courts have held that a factfinder (jury or judge) should be able to compensate someone who suffers a physically impairing personal injury “to the extent that party may no longer engage in or enjoy activities that he or she was able to do prior to the injury.” Golden Eagle Archery v. Jackson, 116 S.W.3d 757, 766 (Tex 2003).

The physical impairment claimed must be more than just a loss of earning capacity, and it must be more than just pain and suffering – as these are separate elements of damages that can be recovered under the law under pain and suffering and lost earning capacity (no double recovery in other words). The physical impairment must be severe enough that it “causes a separate and distinct loss that is significant and for which he should be compensated.” Rosenboom Mach. & Tool, Inc. v. Machala, 995 S.W.2d 817, 826-28 (Tex.App.-Houston [1st Dist.] 1999, pet. denied).

The majority of Texas courts hold that the claimed physical impairment must be permanent and interfere with physical activities.

Temporary injuries, according to some Texas courts, cause physical impairment and may be compensated.

EXAMPLES OF WHAT CONSTITUTES PHYSICAL IMPAIRMENT IN TEXAS

PROOF NEEDED FOR PAST PHYSICAL IMPAIRMENT

The content of the videotape or movie may be subject to the court’s discretion if its contents are prejudicial, as in the case where the court correctly excluded portions of an operation performed on the plaintiff. Karp v. Cooley, 493 F.2d 408 (5th Cir. 1974).

Future physical impairment – the court stated that “In a personal injury case, an award of future damages is always speculative. Life expectancy, medical advances, and the future cost of goods, services, and money are not certain. A jury must frequently extrapolate an award of future damages from evidence of other matters… the jury must rely on its common knowledge and sense of justice…” Pipgras v. Hart, 832 S.W.2d 360 (Tex. App.-Fort Worth 1992, writ denied); Columbia Med. Ctr. of Las Colinas v. Bush, 122 S.W.3d 835 (Tex. App.-Fort Worth 2003, pet. denied).

Texas law provides compensation for people who have been injured, including those who have suffered physical harm as a result of an accident. Call the Law Office of Doug Goyen; our personal injury attorney has over 23 years of experience getting our clients compensation. Contact us at (972) 599 4100. There is no fee unless and until you win!

If you are looking for a personal injury attorney, call (972) 599 4100. We offer free phone consultations. We also provide a free strategy session. The strategy session includes a summary of your case, legal issues involved, and legal issues we identify as being critical to maximizing the compensation owed.