20+ Years of ExperienceGetting Compensation For Our Clients contact us now
Home
Practice Areas
Dallas Personal Injury Lawyer
Car Accidents
What Can You Recover in an Injury Case?

What Can You Recover in an Injury Case?

If you break it you pay for it. This ancient common sense rule applies in personal injury cases as well. If you have been injured due to the negligence of someone else, you have damages, and the law allows you to pursue compensation from those that caused the damage. The Law Office of Doug Goyen's auto accident attorney in Dallas uses expertise, top of the line representation, and a passion for justice on our client’s behalf. We go after the insurance company for car accident injury damages. We can get started on your case immediately. Call today.

DAMAGES IN CAR ACCIDENTS WITH INJURIES

The driver who is negligent is required to pay for those injuries, harms, and damages that Texas law allows you to recover in a personal injury case. The insurance company may act as if they don’t believe your claims or may try to make it difficult for you to present your claims, but Texas law allows you to recover for the following damages listed below. 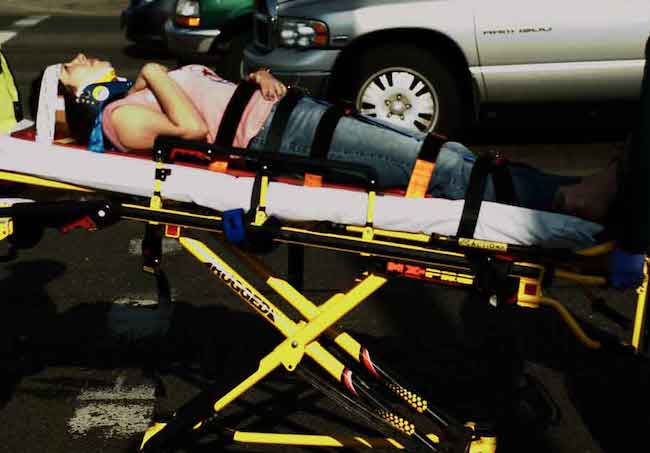 “Damages” is the term used by personal injury attorneys to describe how you were harmed or lost money in your personal injury or wrongful death case. If you have one or more of the following types of types of damage from your injuries, the law in Texas allows you to recover money to compensate you for the damage and injury caused by the negligent conduct of the other party. With proof of the damage or injury claimed, the person or company who caused the harm can be forced to pay.

Tort reform in Texas has weakened the bite of this measure of damages, but it is still available in certain situations or cases – but it is often limited by caps enacted by the Texas Legislature in response to the tort reform movement.

Prenatal injury, exemplary damages, prejudgment interest, attorney’s fees, and court costs are examples of additional damages that may be recoverable in accident and injury cases.

The death of a person causes different types of recovery than in injury cases where the person survives. Since the person is deceased, they are unable to make the claim for their own injury. Family or the estate must make any claims for damages in situations where a person dies due to negligence or an intentional act. There are two courses of recovery in death situations in Texas – the Wrongful Death Act and Survival Causes of Action. Damages recoverable include both economic and noneconomic damages, exemplary damages, and nominal damages.

Survival Causes of Action in death situations include damages that are recoverable by the estate: Funeral and burial expenses, decedent’s conscious pain and suffering, mental anguish, property damage, exemplary or punitive damages, and medical expenses. In other words, the estate steps into the shoes of the decedent, as though he had not died, and makes the claims on behalf of the decedent. Any money recovered goes to the estate.

If you are looking for a Dallas personal injury lawyer, call (972) 599 4100. We offer free phone consultations. We also provide a free strategy session. The strategy session includes a summary of your case, legal issues involved, and legal issues we identify as being critical to maximizing the compensation owed.

You owe us nothing if we are unable to recover. We charge a contingency fee structured to take a percentage of what we recover. As a performance-based contract, the better our Dallas auto accident lawyer does for you, the better we do for ourselves. This aligns our interests in the case with our client’s interests.

Contact Us
Practice Areas
Car Accidents
Cities Served
Client Reviews
★★★★★
You want a great lawyer who keeps you informed on whats going on speaks with you personally and gets the job done call Doug Goyen. He is excellent & very professional you wont go wrong choosing him!! Thanks again for all your help Mr. Goyen! Socorro V.
★★★★★
Very efficient staff. I am VERY pleased with this firm. Gina W.
★★★★★
Very professional job handling my accident claim. I had some ER bills, and some visits to my ortho after (and various other bills that kept coming in). I was afraid I was going to get stuck owing money, but Doug Goyen took care of the case and had everything paid, including compensating me for the injury. Great lawyer IMO. I felt like my case was taken care of very well. Thx!! Bernard M.
★★★★★
Doug is a great attorney. He took care of my auto accident claim promptly, and answered any questions I had. I also had one of my hospital bills go into collections for non-payment. I was able to contact Doug a year after the accident, and received a copy of the check the hospital claimed they didn’t receive. I highly recommend this guy. David J.
★★★★★
The Law Office of Doug Goyen helped me recovery every bit I was owed on my claim. Very happy I used them. They knew what they were doing, and kept me informed. I felt taken care of the whole way. You wont go wrong using them. Arthur H.
★★★★★
Mr. Goyen helped me take on my own insurance company, the great and mighty Allstate. My prior firm basically dumped me, with a permanent injury because the case didn’t meet their financial guidelines for a settlement. I was a bicycle rider hit by a car driver at an intersection, and Allstate was the company on BOTH SIDES OF THE CLAIM. My own insurance company tried to throw me under the bus to limit their payout! Without Mr. Goyen’s help, I would have been left with NOTHING! I had thousands of dollars in unpaid medical bills, unable to receive treatment to correct the issue. He was unafraid and helped me get the best settlement I could … I am tremendously thankful! Pamala M.
View More
Submit a Law Firm Client Review