Attorney Goyen is a Texas-licensed Dallas car crash lawyer who has been representing clients in personal injury cases since 1997. We represent clients who require the services of a Dallas multiple car crash attorney. We provide aggressive, experienced, and powerful representation to our clients. You can count on us to get you the compensation you deserve in your case. There is no fee unless and until we win!

For injuries sustained in multiple car accidents caused by negligence, call (972) 599 4100. Our law firm provides free initial phone consultations during which we will discuss your case with you and determine your needs. We will work hard on your injury case to achieve the best possible outcome for you. The Law Office of Doug Goyen gathers the information and evidence required for your case, including all documents, reports, photos, video, and other information required to maximize your case’s chances of success. We can also assist you if you do not know where to go for treatment or how to pay for it. If you were injured in a multiple car accident, you should contact an attorney right away to protect your rights.

Since 1997, the Law Office of Doug Goyen has settled thousands of personal injury claims for our clients, resulting in settlements totaling millions of dollars. We have the experience to handle your case so you don’t have to deal with the headaches of insurance companies attempting to avoid paying you. Call (972) 599 4100. We will start working on your case today. 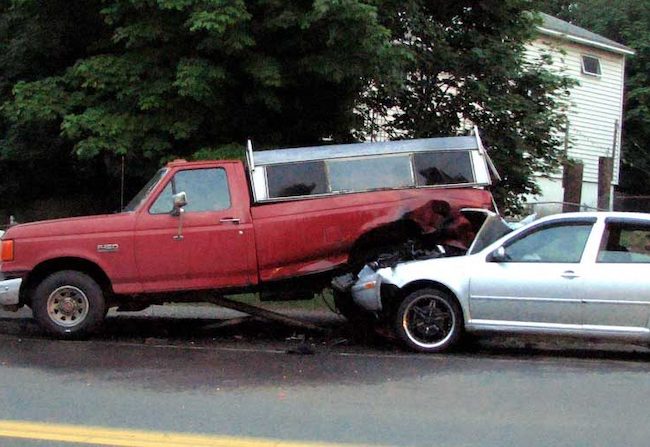 Speeding and tailgating, distracted driving, failing to yield the right of way, drunk drivers, fatigued drivers, debris on the highway, negligent entrustment of a vehicle to a dangerous or unlicensed driver, reckless driving, and road rage are all causes of multiple car accidents. The problem with multiple car crashes is the multiple different perspectives of the various people involved. They will not always perceive the accident in the same way. Some drivers will notice things that other drivers did not. Different drivers’ perspectives on who caused the car accident may differ at times.

Multiple-vehicle collisions are especially deadly because the mass of crumpled vehicles makes escape difficult for survivors. Even if survivors are able to exit their vehicles, they may be hit by other vehicles. Individual vehicles in a multiple-vehicle collision are frequently struck multiple times at high speeds, increasing the risk of injury to passengers who may have survived the first impact due to now-discharged protective airbags. Following the initial collision, collisions may occur from the vehicle’s side, where the passenger compartment is more vulnerable.

In the case of multiple car accidents, there are some unique issues to consider. There is a way to deal with them. If you handle them incorrectly, the insurance companies for the at-fault drivers will take advantage of you and the situation, and your actions may give the insurance company the justification they need to delay or deny payment to you. If you live in the Dallas-Fort Worth area (or anywhere in North Texas) and have been injured in a multi-car accident, you need a personal injury attorney who is experienced in dealing with multiple car accidents.

The services we provide include: Investigating your accident thoroughly. Examining all insurance policies involved in your case. Negotiating aggressively with the auto insurance company. Making certain that all documents are filed on time. Ensuring you receive the funds necessary to cover all of your medical expenses and move on with financial security.

Even a minor mishap can jolt you. A collision may involve several damaged vehicles as well as multiple people who have been injured, including yourself. Everyone involved may be perplexed as to what to do before the authorities arrive. Serious injuries may prevent you from acting following an accident. Take the following precautions to keep yourself safe.

Multiple Car Accidents and Their Causes

Multiple car accidents typically are caused by the negligence of at least one driver. There are 4 common categories of multiple vehicle accidents. They are a) The phantom vehicle, b) a middle vehicle striking the front vehicle first, c) a chain reaction starting from the rear vehicle, d) the front vehicle making some maneuver that causes the collision, and e) a combination of the above. Below is a description of these causes:

If this isn’t the case, the middle car will deny it, and the claim will become a “disputed claim.” Because the very front car may not have seen what happened behind them, they may be of no assistance in resolving the dispute.

If you are looking for a Dallas multiple car crash attorney call the Law Office of Doug Goyen and speak to our Dallas car accident lawyer. Call (972) 599 4100

When Everyone Is Blaming at Everyone Else

A common issue in a multiple-car accident is everyone blaming everyone else for the accident. You are aware of what occurred and are aware that the negligent driver is not being truthful (or maybe it is their adjuster not being honest). The at-fault party is disputing the claim, and the insurance company is “investigating” the claim and refusing to pay anyone until they “verify liability.” The insurance company will not pay a liability claim if there is a swearing match. Evidence must be gathered to determine who was at fault and by what percentage.

When “insurance company A” and “insurance company B” both try to claim that their driver was only 25%-30% at fault, problems arise. This means that you will only be offered 50% to 60% of the total value of your claim. This situation frequently leads to lawsuits in cases and is one of the main reasons you need a car accident lawyer if you are involved in multiple car accidents.

IN A MULTIPLE CAR ACCIDENT WITH INJURIES, YOU NEED A LAWYER

If you have been injured in a multiple car accident, you should contact a personal injury attorney right away. Insurance companies may be laying the groundwork to deny your claim because they believe “one of the other drivers” is at fault. They know you’ll eventually sue them, so they’re gathering information, getting your statement, dragging their feet in assisting you, all with the goal of gathering as much evidence as possible from you while you’re without a lawyer to defend against your lawsuit when you do need to file it. Please contact us as soon as possible so that we can assist you in resolving your case. Call us at (972) 599 4100 or use our website’s contact form.